A class defines Characteristics of an object at design time. It is a blueprint of an object.

Class names should be nouns, in mixed case with the first letter of each internal word capitalized.

Internal words start with capital letters. Variable names should not start with underscore _ or dollar sign $ characters, even though both are allowed.

CamelCase (camel case or camel-case), also known as medial capitals, is the practice of writing compound words or phrases in which the elements are joined without spaces, with each element’s initial letter capitalized within the compound and the first letter either upper or lower case—as in “LaBelle”, BackColor, “McDonald’s”, or “iPod”. The name comes from the uppercase “bumps” in the middle of the compound word, suggestive of the humps of a camel. The practice is known by many other names. 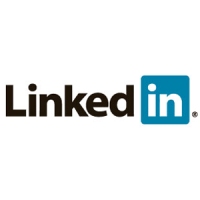 Visitors From The Planet Earth

This work is licensed under a Creative Commons Attribution-NonCommercial-NoDerivs 3.0 Unported License.